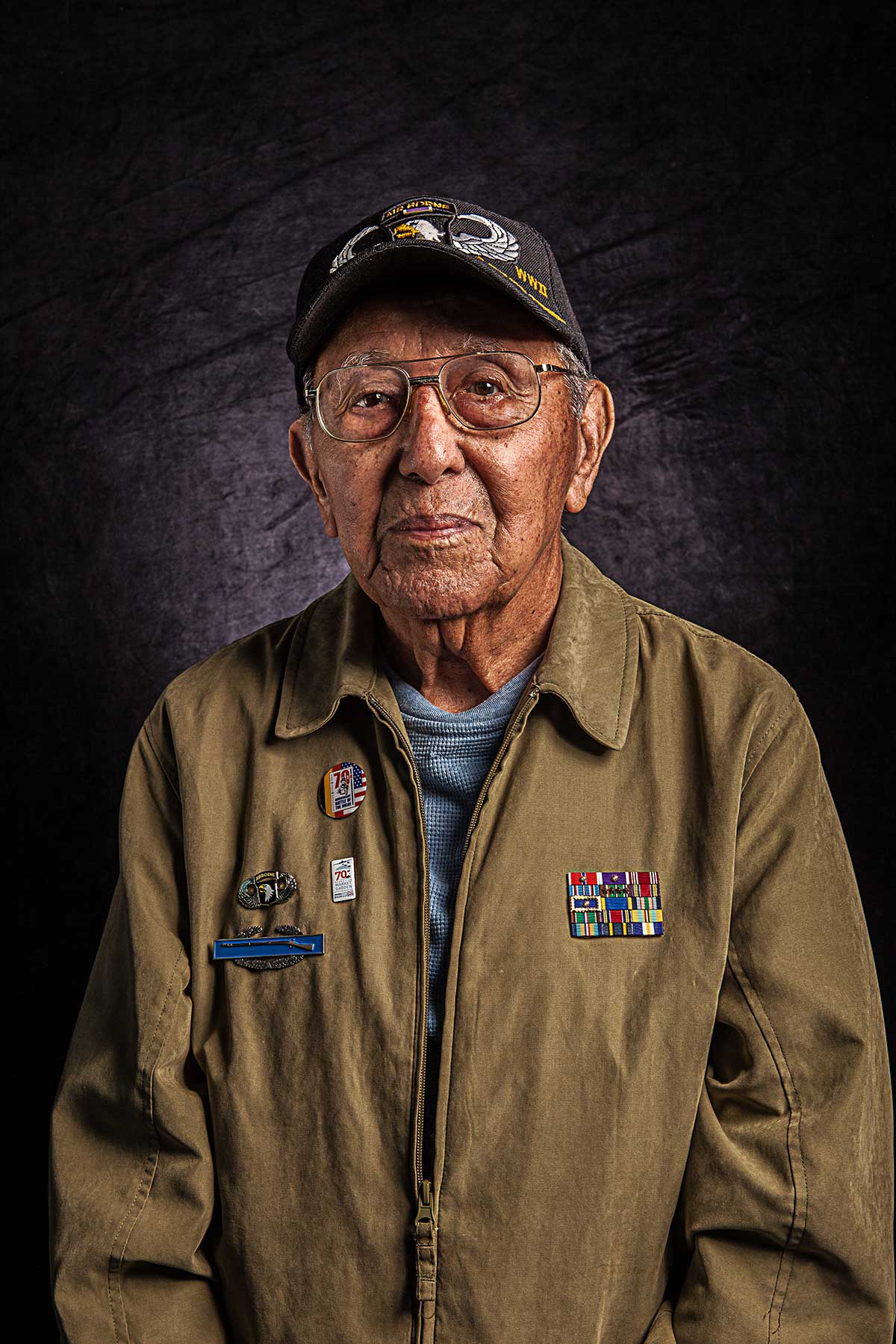 16 May 1924, El Paso, Texas, VS
Veteran American Allied
Dropped on the 17th September 1944 near Eindhoven
Carrier of the Purple Heart Medal

“Freedom is to cherish.
Watch over it and honour it!”

Armando Marquez returned to Eindhoven for the second time in 2015, the city he helped liberate as a 20-year-old American soldier in September 1944. “I was surprised how big the city has become. What a change! Not the people they are still friendly. “

Armando Marquez was injured twice. “On my very first combat jump, I broke my leg.” This happened in Normandy. The second time he broke the same leg when the Germans bombed Eindhoven on September 19. “We were guarding one of the bridges in the city, I think it should have been the Dommel, when we were hit. Sergeant Davidson was severely injured. A piece of his skull was blown off.“

Davidson was awake and Marquez gave him morphine. “But he said he had no pain. Instead, he asked if I wanted to do something for him. I was scared because I thought he wanted me to kill him. But to my relief, he asked only if I wanted to take over the platoon.“
The next morning Davidson died.

However, that was not his most impressive experience. “I was invited to come to dinner with a young couple with a baby. They were very friendly people. The next day I saw them again when three men were carrying a door on which the dead bodies of these people lied. They were buried under crashed debris. I have seen many dead soldiers, but that made not such an impression on me, it really did.“

He was also injured during the bombing, on the same leg and other parts of his body. There was a great threat to gangrene so he went from hospital to hospital before he finally waved down in November 1945.

He shows a photo of his company in education from 1942. One hundred and fifty men. “I’m the only one who is still alive,” he says. “Look”, and he points out a face. “There is Davidson”.