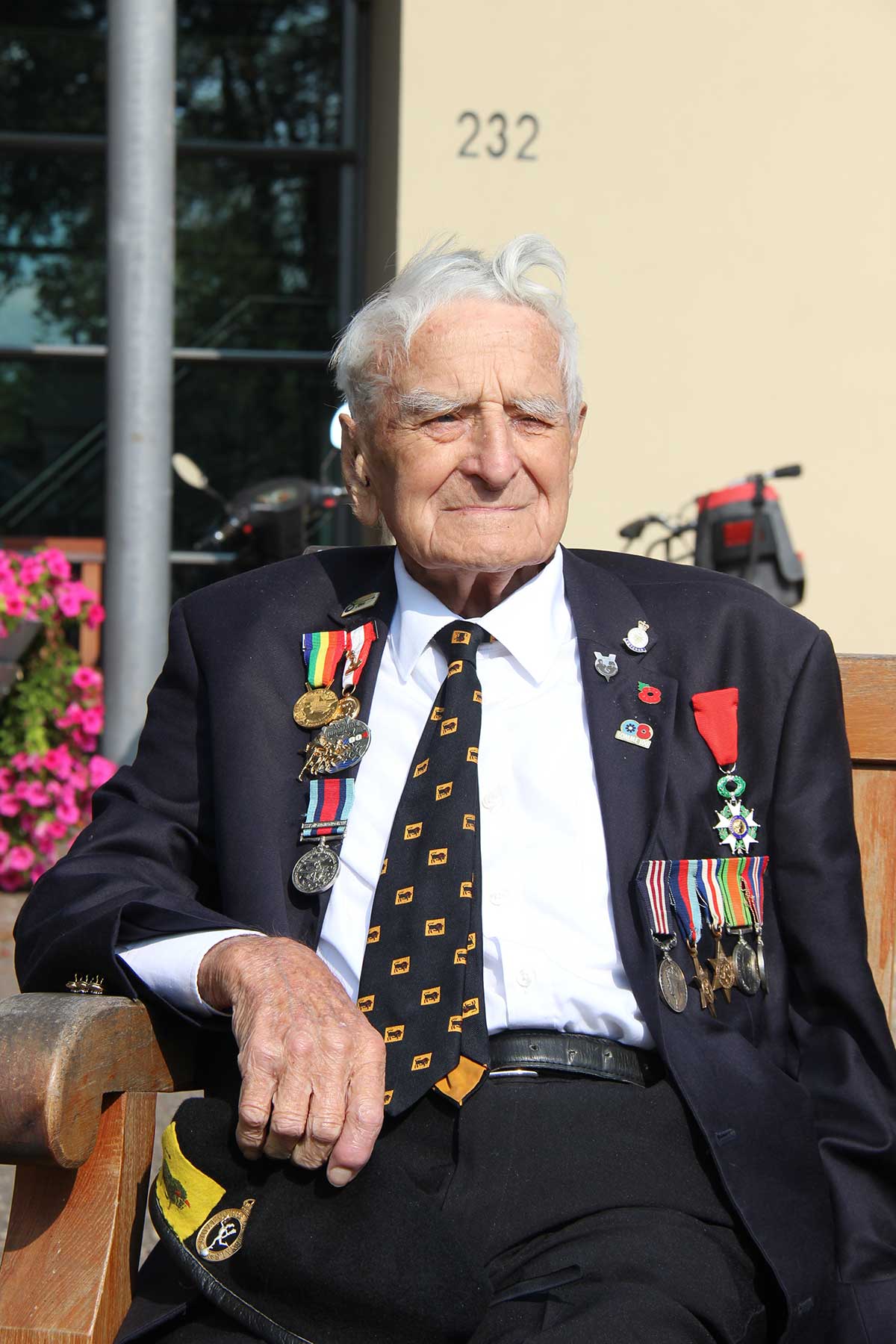 I have never been a real soldier!
“Nobody ever told me what to do. I’m just a normal bloke. I’m a bricklayer.”

Bill Pendall landed as a courier, classified at the Royal Signals of the 11th Armored Division, during D-Day June 6, 1944 at Gold Beach. Later he would performe exploration operations.

Bill initially went to the infantry in 1941. After he took an exam, six months later he was assigned to the Royal Signals. He had difficulties with the authorities. However, Bill had respect for the General George ‘Pip’ Roberts, the commander of the 11th Armored Division. “For a general, he was a nice man”. Nevertheless, Bill was an excellent soldier who had determination exploring in an armored truck for the troops from enemy troop movements and positions.
“I was always on my own,” Bill said seventy years later. “I only had a stengun as a weapon. But I could hardly ever use that, otherwise, I would betray my position. “
“From Nijmegen we were transported to Eindhoven by truck. Here I had my first bath since the landing in Normandy. “

When the German troops deployed their Ardennes offensive on December 16, the 11th Armored Division had to protect bridges in the area to bring the Germans to a stand.
Then on March 8 1945, Bill marched into Germany a few days after the first Allied troops managed to cross the Rhine river.

Bill’s division drove to northern Germany, where the division liberated the concentration camp Bergen-Belsen on April 15, 1945. Bill chooses not to discuss what he saw there.

Bill received the Military Medal in June 1945 for his brave performance in combat situations.
In addition, Bill received the Legion d’honneur from the French president in 2016. This distinction is the highest that a foreigner can receive in France.
Bill served in Germany until 1946. 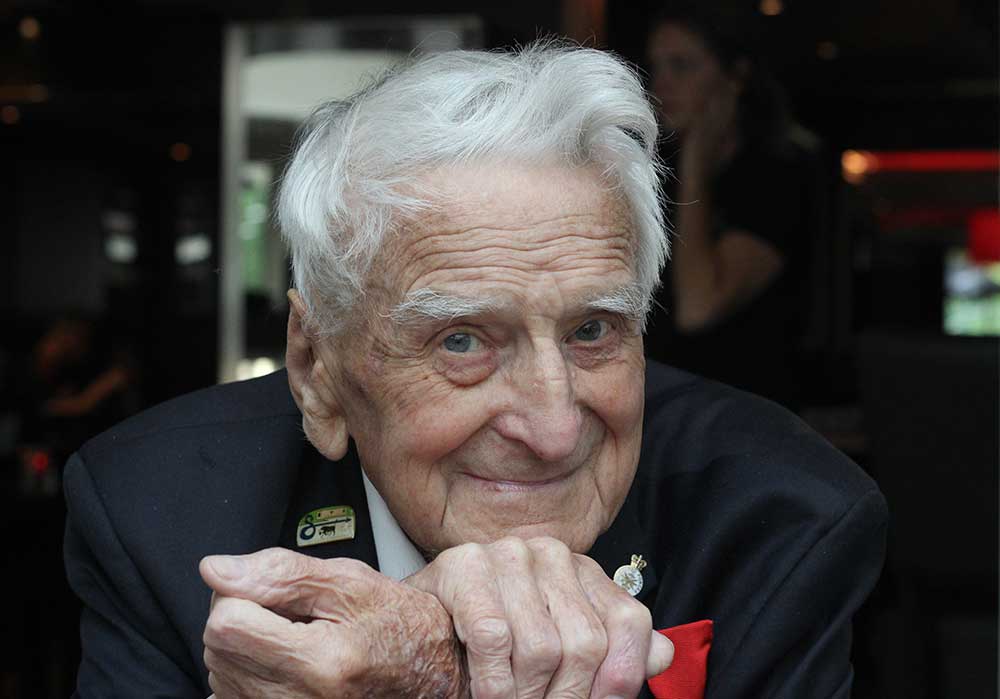