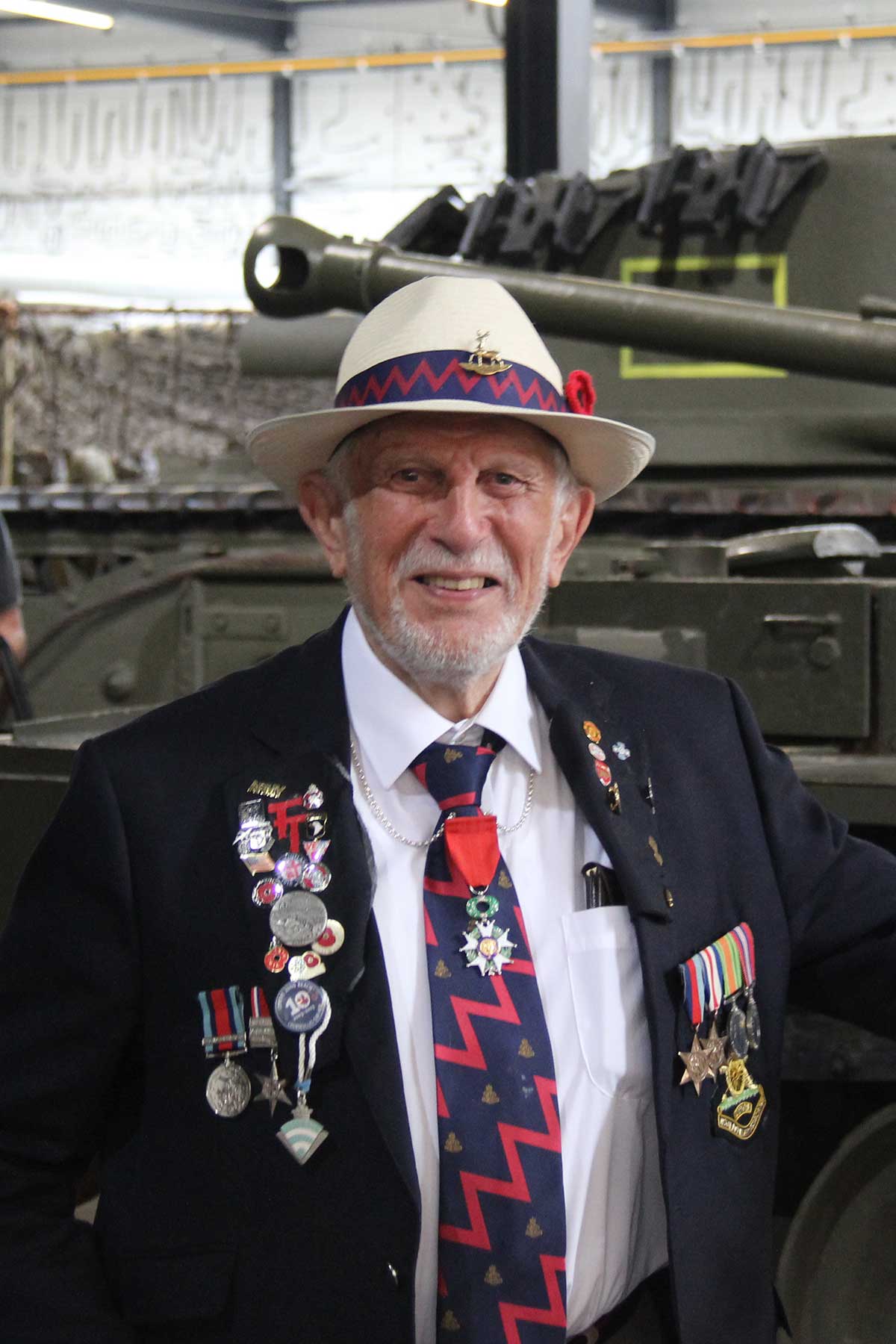 “When you are young, you think war is a game. Something you can laugh about. War is very serious. It affects everybody!”

For the third time in seventy-two years, Joe Cattini returned to Eindhoven, the city he helped liberate as a 21-year-old British soldier in September 1944. “I recognize little of the city, she has grown so big. What a change. The people are still as friendly. “

“I must have had an angel on my shoulder, and it must have taken a lot of effort, otherwise I would never have been here.”

“In the Reichswald a grenade exploded above us. My best friend next to me was hit by splinters that penetrated his heart and lungs. I was trying to stop the bleeding – in the Civil Service I had First aid training – but that did not help. The other two were also injured, but not seriously. I was the only one who did not have a scratch.“

“On the edge of the forest was an open field. On the other side, I saw a British soldier waving to me. I walked to him and when I was with him, he said, “What a stupid man you are.” This field is full of mines. “But I thought he was telling me to come to him. But he wanted to make it clear to me that I had to leave there because it was too dangerous. “

After D-Day (June 6, 1944), Joe passed through Paris to Antwerp and then on to Operation Market Garden (Eindhoven, Veghel, Nijmegen). On September 18, Joe was in Eindhoven to free our city.
In December 1944, around Christmas, Joe was called to help the fasting Americans in the Ardennes.
After the Ardennes offensive, Joe returned to Nijmegen and from there to Germany with Operation Veritable (Battle of the Reichswald), his best friend was killed there.
From there Joe pulled further towards Bremen where the war ended for Joe.

In 2016, Joe Cattini received the Legion d’honneur from the French president. This distinction is the highest that a foreigner can receive in France.